After I had completed 11 of the original 12 squares (see my previous post) on the Crochet Sampler Afghan, I needed a replacement for Square 5. I turned to Jan Eaton's 200 Crochet Blocks for Blankets, Throws, and Afghans to find it as well as 8 complimentary additional squares to make the afghan larger and because there was quite a lot of yarn leftover. 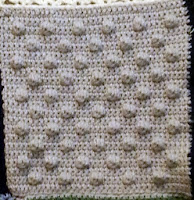 To replace Square 5 I wanted to find a solid square with a raised pattern to very keep the same feeling of the original square. After leafing few the book for awhile, I found Block #17: Alternate Bobbles. I thought the bobbles would be an interesting addition and compliment to the original Square 7: Waves and Bobbles. I started by making the square as written, but it wasn't quite long enough. I frogged it and added 10 ch making the foundation chain 38 so that there were 37 sc in each row. I made a total of 44 rows.

After choosing the replacement square, I kept flipping through the book and found the following 8 squares to add to the afghan making the grid 4x5 instead of 3x4. I chose a mixture of blocks that are worked in stripes (3) and in-the-round (5). 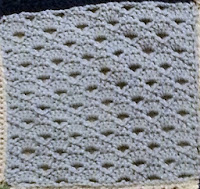 Block 30: Shell Lace
Color A. Foundation chain of 38 to add to the length, meaning there are 6 shells in Row 1 instead of 5. 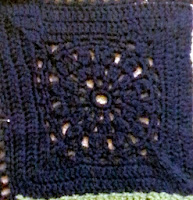 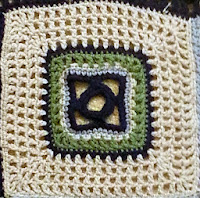 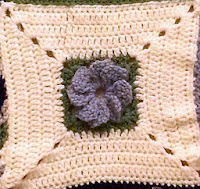 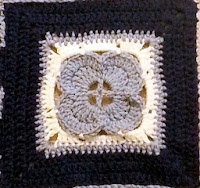 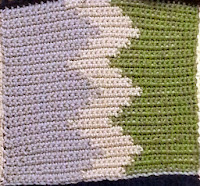 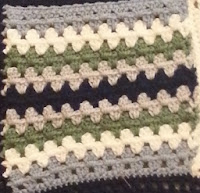 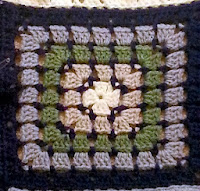 Here are all the squares laid out before joining, for which I used an invisible seam, but the pattern suggests a whipstitch. 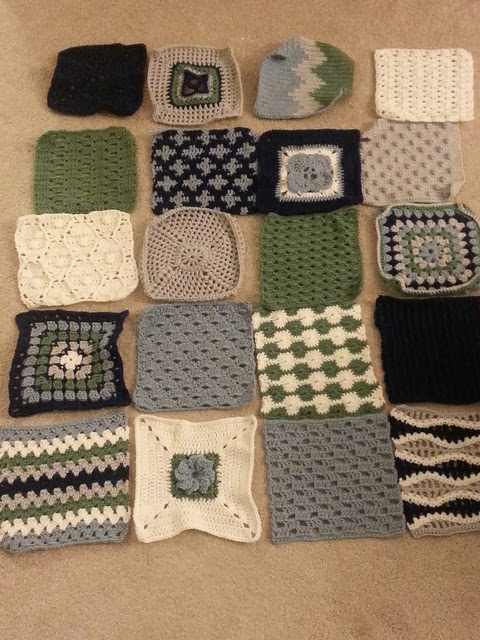 My next (and final) post on this project will be about the border because I had to do some modifications due to the added length and width.
Posted by Liz Svoboda at 8:52 PM